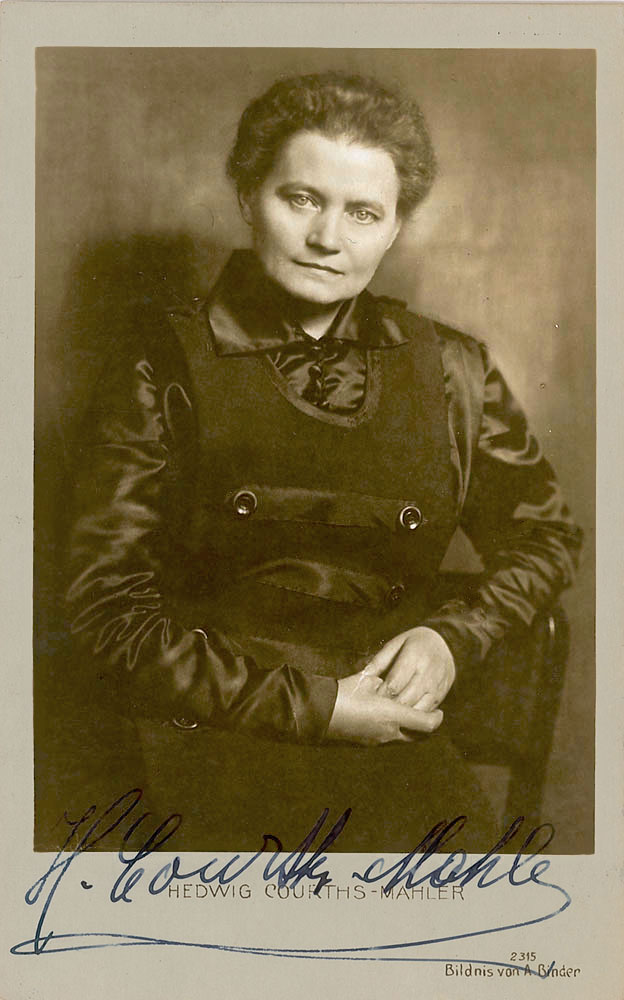 Hedwig Courths-Mahler's novels generally follow a single pattern: socially disadvantaged characters overcome class differences through love. The lovers fight against all kinds of intrigues and are finally joined as a couple, gaining wealth and a high standing. Despite Courths-Mahler's traditional perspective on male-female relationships and the unrelenting criticism of the clichés in her oeuvre, her books still enjoy a broad, largely female, readership. To this day, her novels see regular reprints in dime novel format by the genre fiction publisher Bastei Lübbe, making her the most popular female German writer by number of sold copies. It is estimated that by the time of her death in 1950, 80 million copies of her works had been sold. Throughout the 1970s, five of her novels were adapted as telemovies, made by and shown on Süddeutscher Rundfunk. Only one of her novels, ''Die Perlenschnur'' (1927), has been translated into English as ''The String of Pearls'' (Philadelphia: J. B. Lippincott, 1929). Provided by Wikipedia
Showing 1 - 2 of 2 for search: 'Courths-Mahler, Hedwig, 1867-1950', query time: 0.03s
List  Tabulka
Search Tools: Get RSS Feed — Email this Search —
Loading...